The euphemistic terminology of expropriation without compensation 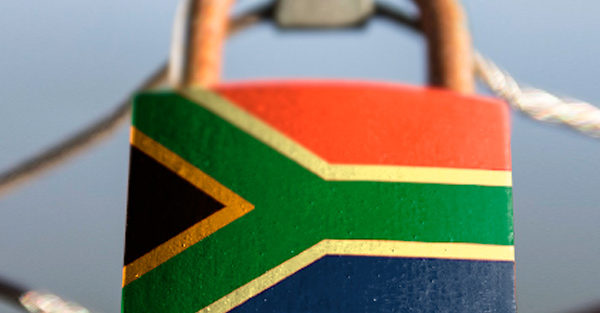 The owner continues with their day and nobody calls the police. Nothing has been stolen, you are told, because the customer did pay, even though it was R0.00.

What is the difference between these two situations? In the first situation, the thief left the store without paying. In the second situation, the customer technically paid nil. Read carefully: The customer paid, but the amount of payment they rendered was R0.00.

If you think this makes no sense, that it portrays a type of cloud cuckooland alternative reality, you would be correct. But this is no joke. This is how the South African government is approaching the concept of expropriation without compensation in its proposed amendment to section 25 of the Constitution.

In middle February 2021, Parliament’s Constitutional and Legal Services Office made this much clear in a submission to the parliamentary ad hoc committee responsible for the Constitution Eighteenth Amendment Bill.

Compensation for expropriation is international best practice: It is a global phenomenon that compensation be paid when a government dispossesses owners of their private property. South Africa cannot go against this universal trend. There must be a payment of compensation, according to the parliamentary legal services.

“The Bill can thus not exclude the concept (by using “without compensation”), but can make the amount of compensation nil Rand, which in practice has the same effect, but is legally sound,” according to the legal services office.

Why is this story relevant, one may ask? They want to confiscate property without paying for it, and that is all that matters.

But terminology is important, and in the public discourse especially, euphemisms must be avoided. During the Holocaust, German officials and general officers referred to the extermination of Jews as “evacuation” or “special treatment” to disguise the true nature of what they were doing. Other comparable examples were present during the Rwandan genocide.

But this is not limited to such obviously gruesome events.

When someone is assaulted, it is often said that they are simply being “taught a lesson”. When someone evades taxes, too, income is presented as “donations”. All these are instances of the technical form of something being used to disguise the true substance of an action or transaction.

The reference to “nil compensation” instead of “without compensation” has already advanced government’s misleading narrative in the international discourse. A Canadian colleague of mine, for example, who in all other respects will agree with me about the importance of property rights and the dangers of unlimited government power, referred to the Constitution Eighteenth Amendment Bill as “benign”.

But the Amendment Bill is certainly not benign.

Whereas South Africans, up to now, have had an unqualified right to compensation – an internationally-recognised basic human right – going forward we will have a severely qualified ‘right’ to compensation that depends entirely on how government officials exercise their discretion. Government is being empowered to decide on a whim whether it will pay compensation or not.

It will be possible for government to completely wipe out ordinary citizens and foreign investors financially, even though they have committed no crime or delict. Only those with the resources to take such cases to court and litigate for years, will stand a chance to get something for their property, and only if government’s decision was arbitrary or capricious.

This is the reality that Parliament is attempting to disguise with its “nil compensation” euphemism. We will always pay, so do not be concerned! So says government. That this misrepresentation in fact works – that jurists and international observers fall for it – is itself perplexing to me. It remains important, nonetheless, that we recognise what government is busy with: Large-scale theft dressed in the garb of legality.