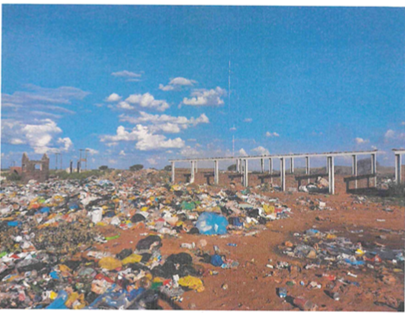 On 14 December 2021, Sakeliga instructed its legal team to approach the office of the Judge-President of the North West Division of the High Court in Mahikeng for a special allocation of its application for intervention in the Ditsobotla (Lichtenburg) and Naledi (Vryburg) local municipalities. Sakeliga believes a special allocation is warranted because of the complexity of the case and necessity to bring the case to finality as soon as possible in the public interest. In a letter now being served on the legal teams of the various government departments opposing the matter, Sakeliga is also requesting that directives be given so as to compel the respondents to co-operate in finalising the court documents.

Sakeliga has been struggling since May 2021 to obtain full co-operation from some of the respondents – municipalities and government officials – so as to bring the matter to trial. Owing to endless red tape in submitting answering affidavits (with the Ditsobotla Local Municipality still not having produced an answering affidavit) and the late submission of other answering affidavits, Sakeliga is struggling to obtain a trial date. Apart from a general sluggishness in producing answering affidavits, interim disputes have arisen in the meantime that may keep the matter from trial for even longer. There is, among other matters, a pending application submitted by the Naledi Local Municipality for the striking out of the whole of an explanatory affidavit that was filed by Eskom on 8 September 2021.

Eskom’s affidavit details the collapse of the Naledi Municipality and supports the relief requested by Sakeliga in its main application. Both Eskom and Sakeliga are opposing the Naledi strike out application.

Furthermore, on 9 December 2021 Sakeliga obtained an order against the Minister of Co-operative Government and Traditional Affairs, the MEC for Co-operative Government in North West, the MEC for Finance in North West and the Premier, compelling the parties to furnish Sakeliga with several records referred to by these parties in answering affidavits dated 25 August 2021. Sakeliga requested copies of these records as long ago as 31 August 2021. Owing to a lack of co-operation on the side of the respondents, Sakeliga had no option but to approach the High Court for specific relief. The order was granted with costs, and Sakeliga is currently in the process of enforcing the order against the defaulting respondents.

The records requested relate to interventions allegedly undertaken by the provincial and national governments in Ditsobotla and Naledi since 2018. Reference is made to these intervention records in answering affidavits. The respondents, however, failed to attach the records to their affidavits. There is no reason for a party relying on records when drafting affidavits to be unable to produce such documents immediately. Notwithstanding a looming special application to enforce compliance with the court order to produce records, the national and provincial governments remain in default to produce the records.

As a result of this lack of co-operation by the government, the application is still in the process of trial preparation although it was supposed to be ready for trial even by the end of September 2021.

From court documents already filed it is clear that both the national and provincial spheres of government for several years have been fully aware of the growing financial and other crises the Ditsobotla and Naledi municipalities are finding themselves in. In court documents, Sakeliga relies on among other provisions, section 139 of the Constitution, which provides that the provincial and in some cases the national government are obliged to intervene in municipalities in certain circumstances where there is a persistent breach with regards to service delivery and financial obligations.

Sakeliga will be filing its request for special allocation with the office of the Judge-President within the next couple of weeks, for the purpose of requesting the court to apply judicial case management to bring the matter to trial as soon as possible.