The Preferential Procurement Policy Framework Act, 2000 (Act No. 5 of 2000) (PPPFA) will cause white owned businesses to struggle with compliance to all the stipulations of the PPPFA. The same applies to the Broad-Based Black Economic Empowerment Amendment Act, 2013 (Act No. 46 of 2013) (B-BBEE Amendment Act) and its regulations. It is next to impossible for white owned businesses to comply with all of the said regulations and obtain tenders from the state.

AfriBusiness subsequently launched its application for review against the Minister of Finance to request the court to set the procurement regulations aside and declare it invalid. The restrictions placed upon businesses, specifically the pre-selection criteria in the PPPFA, exclude most if not all white owned businesses. AfriBusiness urges all businesses that are affected by these regulations to approach us with all the relevant information.

“We as a collective in the business sector need to fight for the abolishment of all racially discriminatory legislation. We cannot allow the current Government to continue with its discrimination against citizens based on the colour of their skin. Government will cause more unemployment and job insecurity due to the implementation of these draconian provisions. I reiterate that Government should strongly consider moving towards a meritocracy and halt its one-sided, race based assault on minority groups in South Africa,” says Charles Castle, Manager at AfriBusiness.

The sustainable growth of South Africa’s economy will be highly dependent upon a democratic system based on equality and not on a race based system. South Africa needs more entrepreneurs and current employers should not be prohibited from doing business. If this is the case, more people will surely be left unemployed. 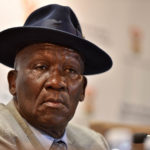 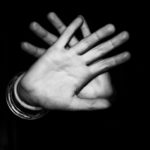