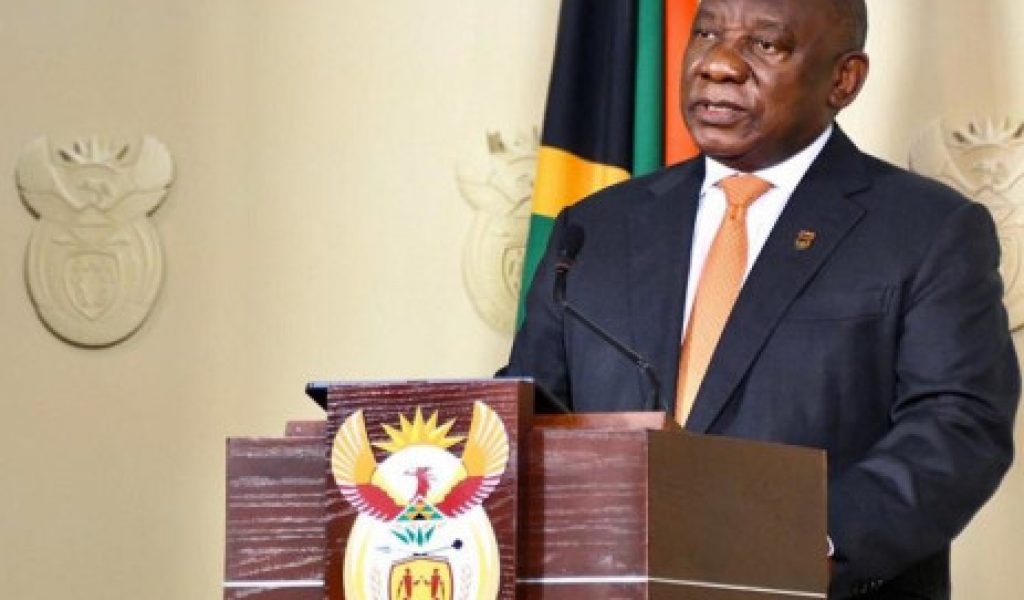 We are deeply concerned at his suggestions that vaccination could become compulsory, and his vagueness about what he intends to replace the state of disaster with. We welcome his criticism of scientifically baseless foreign political decisions on travel-restrictions and his resistance to increase lockdown levels in South Africa.

Encouragingly, the president showed a clear and welcome regard for allowing economic and social life to continue largely unimpeded by keeping lockdown restrictions at level 1 and stating emphatically his opposition to travel bans to and from South Africa by foreign governments. The latter announcement represents an important diplomatic step in ending South Africa’s travel and tourism stigma and isolation, but also makes a vital broader point: travel restrictions, whether they be local or international, are unhelpful and scientifically unjustified.

The president also spoke about “learning to live with the virus” and intimated that his administration is beginning a review of restrictions with a view to lifting the state of disaster. Sakeliga regards this as a very welcome shift in tone and narrative. We do however caution that the government may attempt to lift the state of disaster only to try entrenching those powers as part of ordinary, permanent state powers. Sakeliga will monitor this closely. The country must not be permanently at the mercy of a government that can act without limit.

Unfortunately, the president’s encouraging statements are soured by an unjustified insistence that everyone should be vaccinated and that his administration is considering mandatory vaccinations for certain activities following “broad consultations” on such a programme.

These statements go against the president’s own pledges throughout 2021 that his administration would not implement mandatory vaccinations. The Ramaphosa administration is being supported in this new direction by business group Business for South Africa (B4SA), which wants to ban the unvaccinated from public indoor areas such as public transport, restaurants, and places of work.

Sakeliga opposes this on several grounds and regards such ideas as unwise and likely to cause considerable economic and social harm, as we have argued recently.

With likely over 80% of people now with natural antibodies, and with over 40% of adults having received some kind of vaccination, it is nonsensical for the presidency and groups like B4SA to assert that all South Africans must be forcefully vaccinated and insist on increased vaccination to allegedly prevent virus mutation. The president himself rightly accused other countries of proceeding unscientifically, but not considering recovery as at least equal to vaccination is rightly considered unscientific in most other countries and asserting as he did that mutations are driven by those unvaccinated is rightly considered scientifically contested or even unscientific in most other countries.

There likely remains a small vulnerable group with weak immune systems still uninfected and unvaccinated. The president, with the support of groups like B4SA, should be focusing efforts on allowing his health department and private healthcare providers to get vaccines to those in this vulnerable minority who want them, not embarking upon an unwise and ill-fated programme of forced vaccinations across the entire population.

But this is not just about vaccinations. Sakeliga warns against a ‘permanent bodily surveillance’ system in general. Such a system, in which healthy people constantly need to prove they are ‘certified healthy enough’ to move around and conduct their affairs, is an onerous system that in various ways can and will constitute tyranny and an intolerable formalisation of natural ways of life.

One of the most serious risks of permanent bodily surveillance is that it acclimatises people to state-managed movement control and surveillance and the co-option of the private sector for implementation. In effect, B4SA is not merely wanting forced vaccinations but forced booster shots, perhaps indefinitely – risking a permanently medicalised and monitored society.

It will also lead to unprecedented government corruption.

It is quite possible, perhaps even probable, that the state may try to set up a vaccination/booster scheme in which the state doesn’t directly enforce it, but through procurement, suasion, and co-option gets large companies to run and implement such a scoring system, with far-reaching, damaging impact. Sakeliga will oppose this.

Another pressing threat of punishing unvaccinated people is the risk of widespread violence, unrest, and riots, should tens of millions of people suddenly become barred from commuting, working, and eating and drinking in establishments. There is also the extreme shock to earnings for businesses dependent on the spending for these services, and the consequent knock-on unemployment that would result.

Because Sakeliga is committed to helping build a flourishing commercial and social order, we advocate and advise the following: