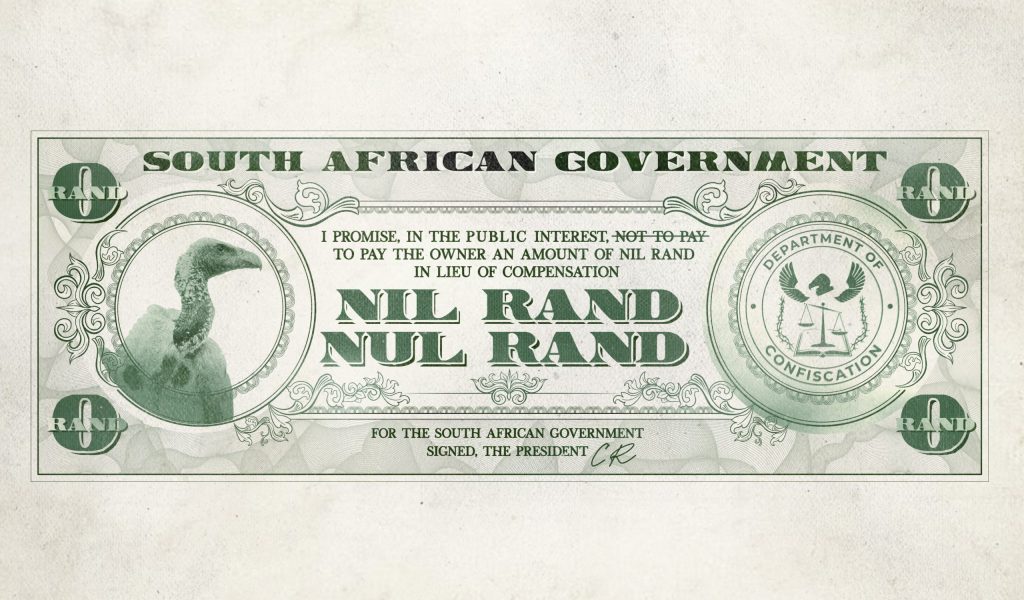 The business organisation Sakeliga held a live panel discussion on its Facebook page on Tuesday, March 30, 2021, during which various focus points around the controversial Expropriation Bill and amendments to Article 25 of the Constitution were discussed. This follows two strong parliamentary submissions by Sakeliga during last week’s public hearings. Several issues that Sakeliga highlighted during his presentation were further examined. The participants at this event were Piet le Roux, CEO of Sakeliga, prof Koos Malan, Professor of Public Law at the University of Pretoria and Martin van Staden, legal fellow at Sakeliga.

In this vein, Parliament would, under the banner of an indisputable notion of “expropriation”, update a disputable, unconstitutional principle – confiscation of landowners’ rights – to the Constitution. It thus moves away from expropriation in its correct sense, to the domain of asset forfeiture like when the state typically confiscates assets used during a crime. This means that, if the Constitution is amended to provide for so-called expropriation without compensation, the amendment will be tainted by fraud. This is, ipso facto, invalid. Constitutionalists of all streaks from civil society, here and abroad, must oppose the amendment and must work tirelessly to repeal it and to restore constitutional legitimacy.

Professor Malan has consistently argued that the proposed amendment to the Constitution runs counter to the fundamental idea of constitutionalism, because it does away with the value of citizenship by reducing people to subjects of the state who must be content with the state’s unbridled power.

“You can describe any action with a pleasant-sounding etiquette…but the Parliament that implemented it [in the first place], actually detracted from the inherent nature of the constitution as such,” Malan said. “In form it may still be a constitution, but in essence it is something else.”

The participants agreed that, due to organised civil opposition to expropriation without compensation that extends across demographic boundaries, as well as due to exuberant economic realities, the government will not be able to implement such a constitutional amendment.

“The point is that we should not think that all the power lies with the government to do what it wants in terms of a constitutional amendment. Power is spread throughout the community,” says Malan.

Watch Sakeliga’s submissions to Parliament on the proposed amendment to the Constitution here.