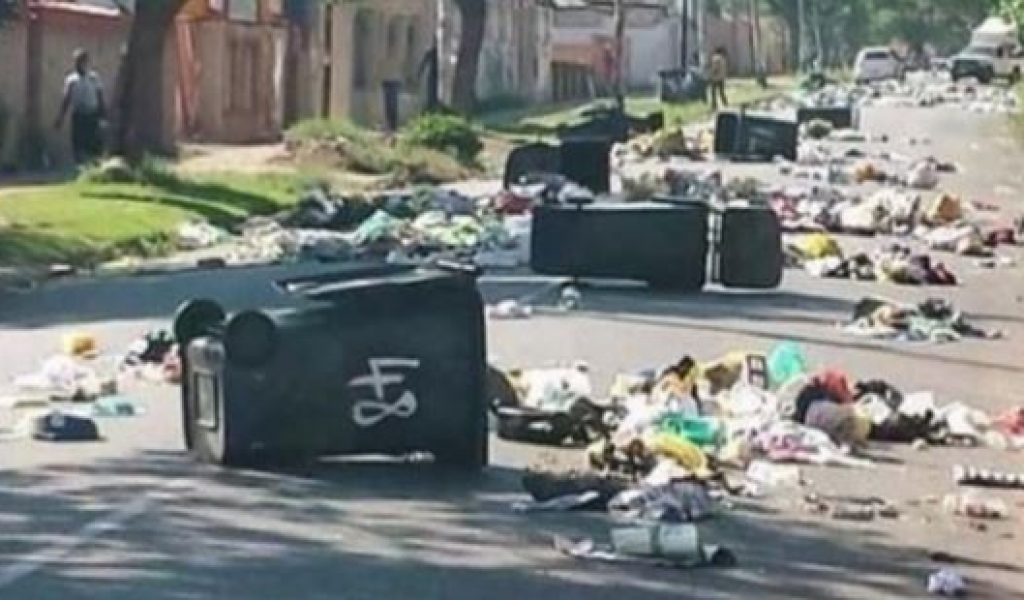 Sakeliga has instructed its lawyers to apply to be joined as amicus curiae (friend of the court) in a court case where the applicant, SALGA, is requesting a declaratory order to grant municipalities exclusive rights to distribute electricity within their jurisdictions. Sakeliga is opposed to the proposition that municipalities should enjoy such exclusive rights to be the middleman without exception in the supply and distribution of electricity.

SALGA – a body representing South Africa’s municipalities – is objecting to Eskom and private suppliers supplying electricity directly to end-users without an authorising agreement with the relevant municipalities. SALGA relies on Part B of Schedule 4 to the Constitution, which identifies electricity supply systems as an “executive functional competence” of local governments, arguing that, consequently, municipalities have the exclusive right to supply electricity.

Sakeliga does not agree with the constitutionality of such a claim, neither with SALGA’s interpretation of the Constitution and legislation, and will make submissions in this regard to the court. More important, however, is that the monopoly on electricity supply that SALGA wishes to bring about for municipalities through court processes, could be severely detrimental to end-users in decayed municipalities where the municipalities currently simply are not paying Eskom.*

In the so-called Resilient case in 2020 in the Supreme Court of Appeal, Sakeliga – also as amicus curiae – argued successfully that Eskom cannot simply cut off end-users’ electricity supply where municipalities fail to pay Eskom timeously. These arguments resulted in a new precedent that must be followed by the courts going forward. At the same time Sakeliga appreciates the fact that it would be untenable for Eskom to continue delivering services without being paid by municipalities. For this reason, Sakeliga has brought a so-called special paymaster case in North West, requesting the court to appoint a special paymaster. The paymaster should ensure that money for critical services is paid over from a ring-fenced municipal bank account to suppliers such as Eskom.

In both Resilient and the paymaster case Sakeliga’s strategy has been – where decayed municipalities deal with electricity distribution and other service delivery – to protect the end-user against corruption and mismanagement resulting in a lack of service delivery. What SALGA is requesting in its court application, however, is that any municipality – even decayed municipalities – should have an exclusive monopoly on electricity supply. This would prohibit end-users from purchasing electricity directly from Eskom and private suppliers. Sakeliga wants to prevent those relatively stable electricity supply schemes where decayed municipalities are not a middleman, from also being exposed to corruption and wasteful expenditure at local government level. Sakeliga will oppose such developments.

Municipal decay and failure to pay creditors such as Eskom, which have resulted in the Resilient and paymaster cases, starkly indicate that end-users in problem municipalities should indeed not be obliged to buy services directly from municipalities that are bottomless pits of irregular and even criminal expenditure.

Sakeliga’s point of view is:

The SALGA case was filed at the Gauteng High Court in Pretoria on 14 September 2021. The respondents are several suppliers, including private suppliers, of electricity. Sakeliga has already written to SALGA’s legal team that Sakeliga requires access to the court record and has an interest in the matter. Sakeliga will closely monitor developments in the SALGA case and will in due course file its application to be joined as amicus curiae.

* Eskom has, for example, documented in an explanatory affidavit in Sakeliga’s paymaster case that the Naledi Local Municipality in North West refuses to settle its debt to Eskom and prefers rather to spend available funds on other non-essential budget items and irregular expenditure. Read more here.