Letter to members about forced vaccinations 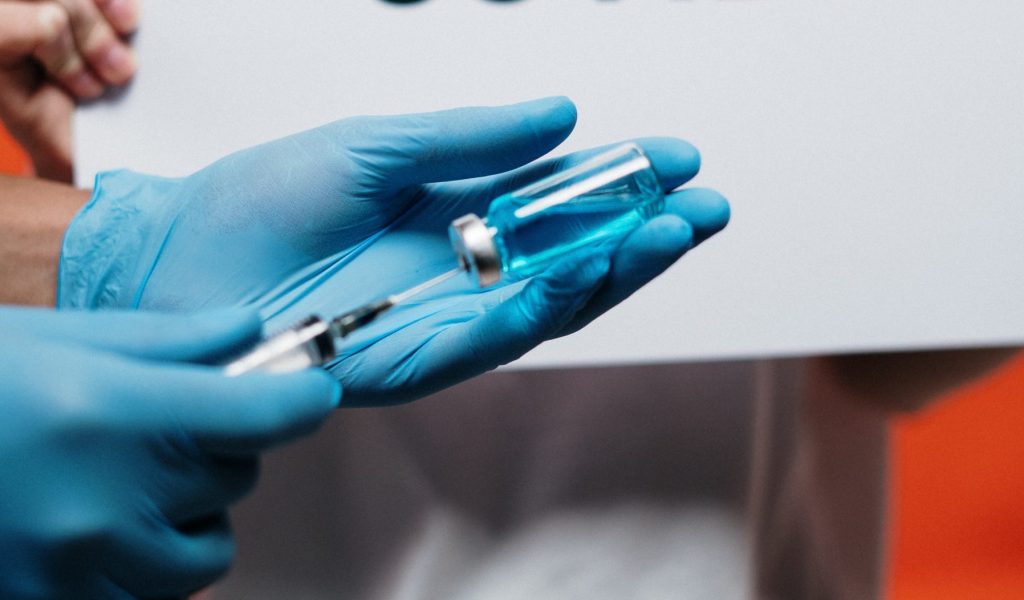 On Sunday night, President Cyril Ramaphosa made another nationally televised statement about Covid-19 developments. Below, you will find a letter on the matter by me and my colleague, Russell Lamberti.

The views we outline, especially regarding state enforced vaccination, are likely to find some of you in agreement and others not, or something in between. Whichever the case, I hope that you find it a thoughtful and accommodating view as we sincerely intend it to be. As before, when we wrote to you in September (see here), we welcome your comments and will carefully consider them.

Recognising legitimate differences in opinion and risk management strategies are part of the reason why my colleague and I come to our conclusion: businesspeople should find ways to accommodate sincere and valid differences of opinion and strategy. We should seek cooperation and recognise the differences among us, rather than impose on our fellow businesspeople, their companies, and their persons a one-size-fits-all solution such as, among others in this case, state-enforced vaccine mandates.

On Sunday night, President Cyril Ramaphosa made another nationally televised statement about Covid-19 developments in light of another newly identified SARS-Cov-2 variant. Unlike several previous update announcements which added little new information or made only slight adjustments to lockdown regulations, this statement was significant in several respects.

Firstly, the president showed a clear and welcome regard for allowing economic and social life to continue largely unimpeded. Two aspects of this are worth highlighting.

The latter announcement represents an important diplomatic step in ending South Africa’s travel and tourism stigma and isolation, but also makes a vital broader point: travel restrictions, whether they be local or international, are unhelpful and scientifically unjustified.

Secondly, and very much related, the president spoke about “learning to live with the virus.” This is a very welcome shift in tone and narrative and suggests that the government increasingly realises that drastic so-called safety measures cannot eradicate the virus and cannot go on forever.

This is why it is significant that, thirdly, the president intimated that his administration is beginning a review of restrictions with a view to lifting the state of disaster. Sakeliga of course welcomes this but with a strong proviso: the government must not lift the state of disaster only to try entrenching such powers as part of ordinary, permanent state powers. Sakeliga will monitor this closely. The country must not be permanently at the mercy of a government that can act without limit.

Unfortunately, the president’s encouraging statements are soured by his insistence that everyone should be vaccinated, that his administration is considering mandatory vaccinations for certain activities, and that he would begin “broad consultations” on a programme of mandatory vaccinations. Sakeliga is of the view that such mandates would be disproportionate and unjustifiable.

The statement about mandatory vaccinations is particularly problematic considering the president’s own pledges throughout 2021 that his administration would not implement mandatory vaccinations. The Ramaphosa administration is being supported in this new direction by business group Business for South Africa (B4SA). B4SA chair Martin Kingston has stated that B4SA supports banning unvaccinated people from public indoor areas such as public transport, restaurants, and places of work.

Sakeliga opposes this one-size-fits-all solution in no uncertain terms. We regard a government policy of forced SARS-Cov-2 vaccinations and a general corporate culture of restrictions on the unvaccinated as unwise and likely to cause considerable economic and social harm.

As we have argued in September, forced vaccinations are disproportionate in respect of:

SARS-CoV-2 fortunately spares the vast majority of people who contract the virus. This group’s natural immune system protects them from serious disease and death. Once recovered, they are widely regarded as having acquired additional robust natural immunity that is as good or better than vaccine-induced immunity. Healthcare experts, such as Discovery’s chief actuary Emile Stipp, have indicated that around three quarters of all people in South Africa had developed such immunity by August 2021.

With likely over 80% of people now with natural antibodies, and with over 40% of adults having received some kind of vaccination, it is nonsensical for the presidency and groups like B4SA to wish to force all South Africans to be vaccinated and insist on increased vaccination to allegedly prevent mutation. Moreover, as recently and repeatedly pointed out by professor Burtram Fielding, a corona virus specialist at the University of the Western Cape, it is scientifically incorrect to assert that mutations are driven by non-vaccinated people, because of the failure of vaccines to prevent infection.

The president himself rightly accused other countries of proceeding unscientifically. However, not considering immunity from recovery as at least equal to vaccine-induced immunity and asserting as he did that mutations are driven by those unvaccinated is rightly considered scientifically contested or even unscientific in most other countries.

An appeal to science also doesn’t have to presuppose bad news all the time. In the spirit of invoking science, the president and groups like B4SA should also start to talk about the good news. The overwhelming majority of people – whether through their immune systems, naturally acquired antibodies, or vaccination – are resistant to Covid-19. There likely remains a small vulnerable group with weak immune systems still uninfected and unvaccinated. The president, along with groups like B4SA, should be focusing efforts on allowing the state health department and private healthcare providers to get vaccines to those in this vulnerable minority who want them, rather than embarking upon an unwise and ill-fated programme of forced vaccinations across the entire population.

Forced vaccinations are also a grave threat to political order and social cohesion. One of the most serious risks of forced vaccination and vaccine passes is that it acclimatises people to state-managed movement control and surveillance and the co-option of the private sector to help run these schemes.

It will also lead to unprecedented government corruption.

It is quite possible, perhaps even probable, that the state may try to set up a forced vaccination/booster scheme, in which the state doesn’t directly enforce it, but through procurement, suasion, and co-option gets large companies to run and implement such a scoring system, with far-reaching, damaging impact.

By saying the problem is the unvaccinated, B4SA implies that widespread naturally acquired antibodies are insufficient. But if so, then vaccine-induced protection must also be insufficient, meaning B4SA is not merely pleading for forced vaccinations but also forced booster shots, perhaps indefinitely. B4SA is effectively calling for a permanently medicalised and monitored society.

This is a new, dangerous norm threatening to emerge in society and one that paves the way for unprecedented centralisation and concentration of state and corporate power which sooner or later will be misused and abused. Sakeliga will oppose this.

A further consequence of forcing all of society to be vaccinated through various coercive means is that it risks creating terrible social divisions and tension. While a substantial part of South Africa’s population has voluntarily vaccinated, a large majority of South Africa’s population – including many of those who have chosen to vaccinate – is strongly opposed to forcing people to take a Covid vaccine. To deprive these people of the services and access they rely on in their daily lives in the hope that they give in to vaccination, or even that the vaccinated comply with constant monitoring and reporting, risks creating bitterness, distrust, rifts, and unrest in society that may do great damage not easily undone. Economies are integrated phenomena and harm cuts all ways: excluding some people from the economy is not only harmful to them, but also to those who are now not allowed to do business with the excluded.

A particularly pressing threat is the risk of widespread violence, unrest, and riots, should tens of millions of people suddenly become barred from commuting, working, and eating and drinking at establishments. Then there is the extreme shock to earnings for businesses dependent on the spending for these services, and the consequent knock-on unemployment that would result.

The potential and unguaranteed benefits of forced vaccinations are heavily outweighed by the widespread disadvantages that would ensue.

Sakeliga is committed to help building a flourishing commercial and social order. A system of restrictions on the unvaccinated threatens to undermine this goal by creating social, political, and economic chaos. We support positive, honest, voluntary vaccination campaigns – which include recognising the benefits of natural immune responses and acquired natural immunity. This is likely to result in considerable goodwill among the unvaccinated and those still deciding, reducing room for conflict, and fostering order and cooperation.

Acknowledging the importance of the immune system and acquired natural antibodies is one important way to oppose forced vaccinations. However, Sakeliga’s cautions against a ‘permanent bodily surveillance’ system remain. Even if those with naturally acquired antibodies are considered as protected as the vaccinated, is it still problematic to exclude the remaining uninfected and unvaccinated from daily life for all the same reasons listed above. Put simply, a system in which healthy people constantly need to prove they are ‘certified healthy enough’ to move around and conduct their affairs is an onerous system that in various ways can and will constitute tyranny and an intolerable regimentation of natural ways of life.

Finally, we want to remind our members that lockdowns can and should be ended regardless of vaccination take-up and without forced vaccination. Lockdowns do not work and do catastrophic social harm. Many parts of the world ended lockdown restrictions before vaccines were even available with no markedly worse outcomes. Holding the threat of forced vaccination or immunity passes as the ticket to ending harmful imposed restrictions presents a false and unfair choice to the public. History has shown it unwise to present such choices to societies. Lockdown measures were (and remain) bad policy – not justified by Covid-19 or the result of low vaccine take-up.

The original undertaking of the government was three weeks to flatten the curve and to ready hospitals. The government then broke trust and extended restrictions which have now run for more than 600 days. The government’s role should be to increase capacity in state hospitals and remove all restrictions on private hospital capacity, not continue trying to manage exceedingly complex things over which it has no real control.

The president said we must learn to live with the virus. Indeed, we need to choose to live our own risk-adjusted lives rather than suffering government-adjusted lives. It is time to listen to good science, open up travel, let people manage their own diverse risks themselves, end all lockdown restrictions and mask mandates, lift the state of disaster, abandon harmful ideas of immunity surveillance, keep vaccination voluntary, and liberalise the supply of all safe treatments and provision of healthcare services.