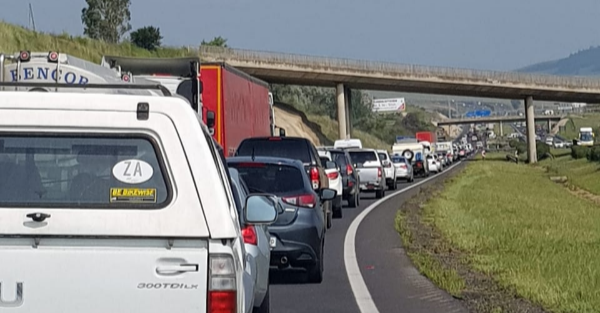 Given the reopening of the N3, the 20-vehicle strong emergency relief convoy for KwaZulu-Natal, announced by business organisations on Thursday, will now travel individually. The intended armed security escort has also been called off.

All relief supplies and stock that would have formed part of the convoy will now be carried by transport vehicles departing at their earliest convenience, several likely already within less than 24 hours.

The securely escorted convoy was a joint effort by business organisations Sakeliga, Saai, and Neasa, considering the prolonged closure of the N3 and dangers along alternative routes. Its aim was to provide emergency relief and restocking in affected areas in KwaZulu-Natal. The relief convoy was to be escorted by armed security and air support provided by Dyck Advisory Group.

“From Sakeliga, Saai, and Neasa’s side we express our appreciation to all parties involved. We are now redirecting our efforts away from opening transport lines, toward assisting charitable organisations and businesses more generally. While we hope that it would not be necessary, we are ready to reinitiate our specific efforts should future unrest again warrant a strong business response.”