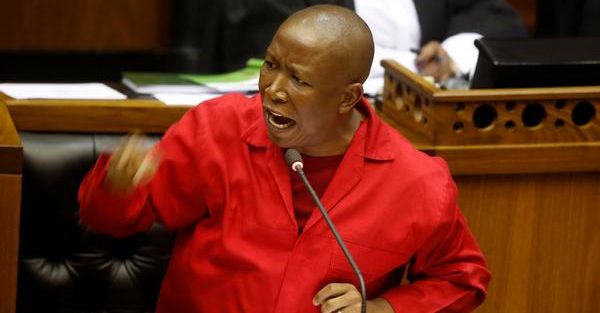 “The motion by the EFF and ANC for expropriation without compensation rests on statistical fiction about land ownership patterns in South Africa. Land ownership in South Africa is much more widely spread across race groups than alleged in the motion.” This is the conclusion of AfriBusiness, based on an analysis provided by Agri Development Solutions.

Piet le Roux, CEO of AfriBusiness, says the motion should collapse under its own factual errors: “The motion provides three land ownership statistics to justify expropriation without compensation. However, all three statistics are erroneous, which leaves the motion resting on statistical fiction. In truth, land ownership in South Africa continues to significantly and steadily spread across racial groups.”

Under paragraph 3, the motion reads: “The African majority was only confined to 13% of the land in South Africa while whites owned 87% at the end of the apartheid regime in 1994”. However, while it is true that land ownership by black, coloured and Indian people were restricted before 1994, and most notably since the 1913 Land Act, the numbers cited are in error. State-owned land, land in the former homelands, self-governing states and development trust land alone in 1994 amounted to 28% of total usable land in South Africa. Furthermore, it should always be borne in mind that the inclusion of the semi-desert, sparsely populated Northern Cape, accounting for some 30% of land area in South Africa, in nationally aggregated statistics completely distorts the picture. It cannot be reasonably said that white people owned 87% of land by 1994.

According to the best available statistics, black, coloured and Indian people in South Africa currently own approximately 38% of useable land in South Africa, and 27% of agricultural land. Moreover, even according to the Department of Agricultural Development and Land Affairs, black, coloured and Indian people own 46% of yard surface area in towns and cities.

Le Roux continues: “It should be noted that the significant spread in ownership of land in recent decades occurred despite government’s self-admitted land restitution and land reform failures. In large part, successful land reform has been the result of goodwill between persons from different racial groups in South Africa, and regular free market purchases and sales.”

“With their policy of expropriation without compensation, the ANC and the EFF now threaten to remove the only two sources of successful land reform – goodwill and the free market – leaving South Africa with government land reform only. And to add insult to injury, all indications are that they intend to make the state the owner of all land, leading to even less black, coloured and Indian land ownership than currently exist. Any undermining of the property rights of white land owners will come at the expense of the property rights of all other racial groups in South Africa as well,” Le Roux warns.

Click on the link to read the analysis by Agri Development Solutions. AfriBusiness Exclusive AMENDMENT OF ARTICLE 25 OF THE CONSTITUTION