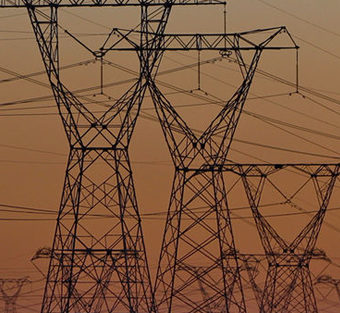 In a victory for AfriBusiness and paying electricity customers in Musina, Eskom yesterday narrowly avoided an urgent court interdict and undertook not to cut power to the town.

The urgent application by AfriBusiness and members and residents of Musina, set to be heard later today, came after notice by Eskom on 29 June that they will be cutting power to the town on 6 July due to outstanding municipal debt. It was only once papers for the interdict application were served on Eskom yesterday that they provided the required undertaking to refrain from electricity interruptions.

Because the interdict was avoided by what appears to be a temporary settlement between Eskom and the Musina Local Municipality about the outstanding debt, AfriBusiness remains concerned that the problem will recur.

According to Piet le Roux, CEO of AfriBusiness, “Local municipalities across the country are in dire financial straits and there is no reason to believe that a temporary redirection of funds will solve anything. While we are satisfied that the lights in Musina will remain switched on on 6 July, we are concerned that the settlement offered Eskom a way out of the legal predicament they find themselves in.”

Le Roux says that AfriBusiness will remain vigilant in the protection of local economies against delinquent local governments and Eskom as a state-owned enterprise: “We will continue to monitor the situation in Musina and are in contact with our members in other municipalities where Eskom is also threatening to interrupt the electricity supply. Crucial legal questions remain unanswered and we stand ready to intervene in similar situations to develop the necessary legal precedent.

Le Roux says the crux of the matter is that the public is being harmed by a concatenation of state ineptitude: “A national solution is required to stop what is essentially the falling apart of different organs of one and the same state from harming the public. On the one hand we have paying electricity consumers and on the other hand we have organs of state who can’t get their act together. AfriBusiness will not stand idly by while state ineptitude ruins local economies.”

AfriBusiness invites its members and the public in other municipalities to alert it to similar threats by Eskom by emailing AfriBusiness on diens@afrisake.co.za. AfriBusiness will then investigate the particular case and decide, based on legal advice about the merits of an intervention, to prevent Eskom from doing the same in such a municipality.