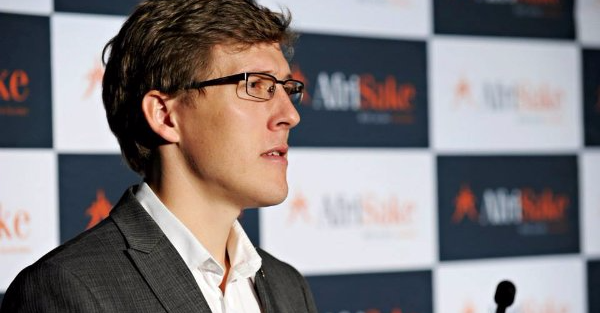 “Le Roux’s appointment comes at just the right time. Amidst pressure on business people, AfriBusiness is experiencing impressive growth. We currently have nearly 12 000 members and counting. Le Roux has the vision and executive ability to lead AfriBusiness as a strong, independent business network in challenging circumstances,” says Steve Booysen, Chairperson of AfriBusiness’ board of directors.

“The support of its members, good leadership and dedicated staff enabled AfriBusiness to establish itself as a strong business organisation during the past couple of years. AfriBusiness is a business network for its members, one for which the protection of property rights and the market economy are key. It is a privilege to become part of this,” says Le Roux.

“I join AfriBusiness in the midst of real economic and political problems in South Africa. Nevertheless, with the proper approach the problems aren’t insurmountable. What is required is – and AfriBusiness is already doing this – to not only stand up against what goes wrong in the country, but to simultaneously establish the alternative of a strong, independent institution where decline is unavoidable. Thus, a business network in which and with which business can be done regardless of state failure. I am excited to continue with this approach to help establish a business network impervious to state failure,” says Le Roux further.

Le Roux furthermore says that he is excited to cooperate with other organisations. “A healthy economy and a healthy citizenry with a variety of independent institutions go hand in hand.”