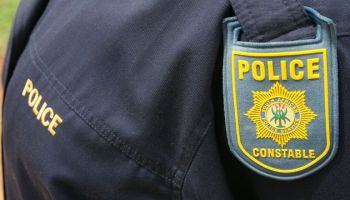 AfriBusiness in cooperation with their legal team respectively on 31 August and 1 September 2017 obtained three final court orders to prevent any illegal trespassers from trespassing in areas in Pienaarspoort and Bronkhorstspruit. The South African Police Service (SAPS) as well as the Tshwane Metro Police were also ordered to assist land owners in this regard, as prescribed in the Constitution and the South African Police Service Act (Act no. 68 of 1995). The judge also awarded a cost order in favour of AfriBusiness and the land owners.

This success arises from three urgent interdicts with which AfriBusiness assisted land owners in these areas in the past 12 months.

“We are satisfied that the SAPS and the Metro Police are being held accountable for the costs. The state opposed all three the applications because they are of the opinion that it is invalid. The judge’s ruling entails that the state in future would struggle to be victorious in similar cases. AfriBusiness is also considering a civil claim against the state after proper consultation with our legal team,” says Charles Castle, Manager of the Labour Law Advice Unit at AfriBusiness.

“Land owners must continue to resist ungrounded land grabs and follow the correct procedures to ensure that their property rights are effectively protected,” says Armand Greyling, Law and Policy Analyst at AfriBusiness.