Cele put on terms to stop threats to businesses – Sakeliga

Piet le Roux, Sakeliga CEO says members of the SAPS cannot be judge and jury: “They have no right to issue fines in the manner described by Cele, and they have no right either constitutionally or under the Disaster Management Act to close businesses without a court order. Should they do so, they would be acting unlawfully, liable to prosecution themselves, and exposing the State (and thereby taxpayers) to claims for damages.”

Cele’s public remarks, unlawful as they are, echoes suggestions by President Cyril Ramaphosa that criminal enforcement is on the cards for owners and managers of businesses and premises, to guarantee compliance of their staff and patrons.

Le Roux says the State’s “attempt to outsource compliance with its regulations, often irrational and frequently unconstitutional as they have been proven in court, is unacceptable. Owners and managers of businesses and premises should not be threatened with criminal prosecution for the conduct of others, particularly for conduct by others which not even itself constitute an offense. We are advised by our legal team that actual criminal prosecutions in this regard are generally unlikely to succeed yet do present risk.”

Sakeliga’s legal team is monitoring this threat of criminal proceedings against businesses. “We encourage businesspeople to bring any attempts in this regard to our attention,” says Le Roux. See letter to Cele, here.

Le Roux requests the public to assist the SAPS in focussing its limited resources on real crime and avoid involving members of the police in inconsequential matters.

“I request members of the public who find Covid19-related conduct by owners and managers of businesses unsatisfactory to take such incidences up with businesses directly. In a country where murders alone number 22 000 a year and where attempted murders, sexual offenses, robberies, assault, grand corruption, and other serious crimes are multiples of that, police should be afforded the opportunity to focus on real crime and not be distracted.”

“South Africa is now being exposed to far greater threats than Covid19, including harm to life caused by social, political, and economic instability. Consequences include increases in real crime due to desperation, political radicalism, fiscal crises, education failures, loss of life due to lower standards of living and lower access to general medical care, and much more.”

Meanwhile, Sakeliga is in contact with and lending support to stakeholders along the Garden Route and other so-called hotspots, to counter as far as possible harmful, counter-productive, and unreasonable regulations such as beach closures. Says Le Roux: “This is an ongoing process, complicated by the time-frames involved and the manner in which government has set up its regulatory strategy to complicate litigation.” 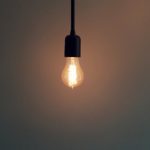