This budget does not steer South Africa away from fiscal crisis, however much we may appreciate Minister of Finance Tito Mboweni’s attempts to deal with political pressures.

South Africa’s actual budget deficit will be almost 400% what was projected for this year in the 2017/18 budget, the last one delivered by then Minister of Finance Malusi Gigaba (see first graph below). Furthermore, Mr Mboweni expects the budget deficit to then remain, for at least three more years, between 200% and 300% of Mr Gigaba’s worst projections. If we were concerned then, we should be four times as concerned now.

Of additional interest are stark contrasts between Mr Mboweni’s budget proposals and President Cyril Ramaphosa’s recently announced Economic Reconstruction and Recovery Plan. For example, Mr Mboweni projects only 0,8% average annual growth in the public wage bill over the 2021 MTEF period, but Mr Ramaphosa’s plan hinges on “mass employment programmes”. To quote Mr Ramaphosa: “Traditional forms of public employment are being scaled up and new forms of public employment created.” Mr Mboweni’s contrary view of what the public wage bill should look like is certainly preferable, but it is not government policy, and therefore unlikely to be realised.

In general, this budget is likely to be discounted by perceptive analysts and businesspeople as too optimistic, given the steadfast commitment of government to greater state intervention and expenditure. The South African fiscus is deteriorating into what is by far its worst shape in history, threatening a decisive breach of the so-called Bernholz ratio, an international benchmark for fiscal and currency crises (see second graph below). 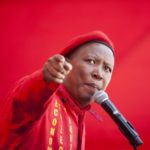 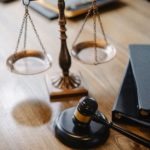